50 Years of Care and Devotion When Walla Walla Community College first opened its doors in 1967, nursing was one of its flagship programs. Marybelle Savage was one of the program’s first instructors. In 1945 she had graduated from Seattle College and gotten her first job teaching at St. Mary’s Hospital in Walla Walla. Setting an example of true devotion to her calling, she remembers: “I taught up until the day my first son was born, and I remember that I took my gradebook into the hospital with me.”

Four more children later, Savage recalls that: “Lucille Kelly had a nursing program out at the old air station, and she moved that program to the new community college and asked me to be on her faculty.” One of her first students was Sally Cortinas, now Sally Buchanan. She graduated from Wa-Hi in 1970 and had volunteered in a nursing home. “It just felt so wonderful to help people, to brighten their world,” she says. ”I was very idealistic, and decided to go straight to the WWCC nursing program.”

Buchanan was immediately impressed. “The environment felt electric, and very conducive to study,” she says.

Although in the outside world those years were turbulent and fraught with social unrest, not for Buchanan. She remembers “doing nothing for two years except studying, being at the hospital, and doing research. Oh, and having my first child between my two years of school.”

The program was rigorous. “I realized right away that this was going to take more of an effort than anything I had done before,” Buchanan continues. “And Mrs. Savage was a really tough teacher.”

Savage confirms that diagnosis. “I was, and I’m not ashamed of that. I made sure students knew enough to pass their boards. I would tell them to get on their toes and get busy!” After graduation Buchanan got very busy indeed. She worked at St. Mary’s Hospital, then in a geriatric outreach unit, and in school nursing.

Then she was drawn to Hospice, where she found her true calling. “Hospice was a place I could really put my passion into,” she says. “Every time I would go see a patient, wanting to fill their cup, I would leave with my own cup filled.”

Work at the Senior Center followed, and she later retired from the County Health Department.

In the 45 years since Buchanan graduated from WWCC many things have changed, but much remains the same. “We now have manikins that can actually talk to students, and the instructor controls their respiratory rate, breath sounds, cardiac rhythm, heart tones, etc. with a laptop, to simulate a real patient,” says Dean of Health Science Education Kathy Adamski. “But although there is more technology, there will never be a substitute for the art of caring for others.”

Current student Kellen Park, a Tri-Cities native who, at 35 years old, has spent over a dozen years preparing to be a nurse, echoes this concern for caring. 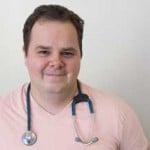 He began by working with special needs children. “It was very satisfying work,” he says, “and also I got exposed to a lot of bodily fluids. There are many things that health care professionals have to do that other people turn away from, but it gives me a great night’s sleep to know that I’ve been able to affect someone’s life in a positive way.”

At the same time he was working as an in-home caregiver, and going to school, taking his nursing pre-requisite classes: anatomy and physiology, chemistry, math, and microbiology.

He then spent three years applying to nursing programs, never getting accepted. Personifying dedication, he re-took some of the pre-requisite classes to improve his chances.

In 2012 he started working as a Certified Nursing Assistant, and finally he was accepted to the WWCC nursing program. Although he’s been at it for a long time, he’s on track to graduate in 2018.

After graduation he hopes to get his B.S. in Nursing, and then to become either a Certified Registered Nurse Anesthetist, or go into nursing education. “My end goal is always to be helping people, to improve their condition either physically, emotionally, or even educationally,” he says. “My ultimate goal is to help the profession grow and become stronger, by improving the quality of patient care.”

He and his wife have a brand-new baby, and Park looks forward to graduation for its promise of a $57,000-$61,000 starting salary. That’s compared to the less than $10,000 annually that Buchanan recalls making upon graduation.

Sally Buchanan, class of ’72,  has great advice for today’s students, which represents the spirit of WWCC’s nursing program from inception to the present: “Study hard, work hard, embrace your compassion for people, see them for the individuals that they are, and always be true to your heart.”